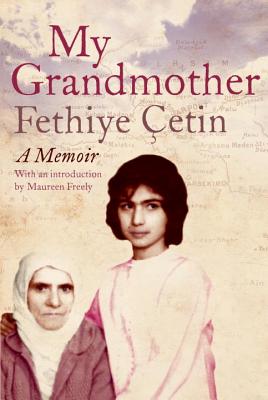 When Fethiye Cetin was growing up in the small Turkish town of Maden, she knew her grandmother as a happy and universally respected Muslim housewife. It would be decades before her grandmother told her the truth: that she was by birth a Christian and an Armenian, that her name was not Seher but Heranush, that most of the men in her village had been slaughtered in 1915, that she, along with most of the women and children, had been sent on a death march. She had been saved (and torn from her mother’s arms) by the Turkish gendarme captain who went on to adopt her. But she knew she still had family in America. Could Fethiye help her find her lost relations before she died? There are an estimated two million Turks whose grandparents could tell them similar stories. But in a country that maintains the Armenian genocide never happened, such talk can be dangerous. In her heartwrenching memoir, Fethiye Cetin breaks the silence.


Praise For My Grandmother: A Memoir…

“A compelling and beautifully written account of family stories and secrets, and a heartfelt call to peace and harmony.”—Elif Shafak

“My Grandmother ... refuses to be sidetracked by the issues it raises: it is a tribute to the woman, an expression of shared pain, and a plea for reconciliation. That it was a bestseller in Turkey should tell you something.”—Guardian

“Gripping and thought-provoking ... Spare and elegant ... This moving testimony transcend politics and brings the Armenian tragedy to life with tenderness as well as sadness.”—Independent

“The author’s acute sensibility and ear for detail set this account apart ... two brave voices ring through this book: hers and her grandmother’s.”—New Internationalist

“This is a story that cries out to be told.”—Tribune

Fethiye Cetin is a Turkish human-rights lawyer who has represented, among others, Hrant Dink, the Turkish-Armenian journalist assassinated in Istanbul in January 2007. This is her first book.
Loading...
or
Not Currently Available for Direct Purchase