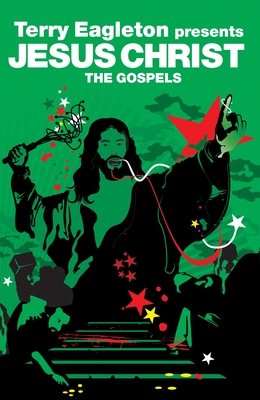 In this new presentation of the Gospels, Terry Eagleton makes a powerful and provocative argument for Jesus Christ as a social, political and moral radical, a friend of anti-imperialists, outcasts and marginals, a champion of the poor, the sick and immigrants, and as an opponent of the rich, religious hierarchs, and hypocrites everywhere—in other words, as a figure akin to revolutionaries like Robespierre, Marx, and Che Guevara.

Giles Fraser, educated at Newcastle and Wadham College, Oxford before being ordained into the Oxford Diocese, is the Canon Chancellor of St Paul’s Cathedral, where he oversees the work of the St Paul’s Institute. He is a regular presenter on BBC Radio and contributor to The Guardian. He is the author and co-author of several books.

Terry Eagleton is Professor of Cultural Theory and John Rylands Fellow, University of Manchester. His other books include Ideology; The Function of Criticism; Heathcliff and the Great Hunger; Against the Grain; Walter Benjamin; and Criticism and Ideology, all from Verso.
Loading...
or
Not Currently Available for Direct Purchase