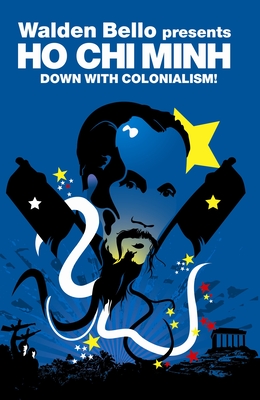 Down with Colonialism! (Revolutions)

Ho Chi Minh, the founder of the Vietminh and President of the Democratic Republic of Vietnam, having defeated Japanese and French colonialist became a hate figure of the USA during the Vietnam War. Anti-globalization activist Walden Bello shows why Ho Chi Minh should still be read by anti-imperialists the world over.

Ho Chi Minh was a Vietnamese Communist revolutionary and statesman who was prime minister (1946–1955) and president (1945–1969) of the Democratic Republic of Vietnam (North Vietnam).

Walden Bello is a political activist and Professor of Sociology and Public Administration at the University of the Philippines in Manila, as well as executive director of Focus on the Global South, a policy research institute based in Bangkok and for which he was the Founding Director. He was previously executive director of the Institute for Food and Development Policy (Food First) in Oakland, California and was educated at Princeton University. He has taught at the University of California, Berkeley. In 2003, Bello was awarded the Right Livelihood Award, whose website describes him as “one of the leading critics of the current model of economic globalization, combining the roles of intellectual and activist.” Bello is also a fellow of the Transnational Institute (based in Amsterdam), and is a columnist for Foreign Policy In Focus. In March 2008 he was named Outstanding Public Scholar for 2008 by the International Studies Association. Bello is the author of Deglobalization: Ideas for a New Global Economy, Dark Victory: The United States and Global Poverty and Dilemmas of Domination: The Unmaking of the American Empire.
Loading...
or
Not Currently Available for Direct Purchase