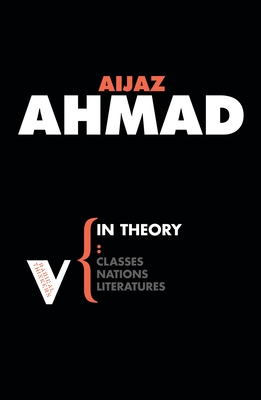 After the Second World War, nationalism emerged as the principle expression of resistance to Western imperialism in a variety of regions from the Indian subcontinent to Africa, to parts of Latin America and the Pacific Rim. With the Bandung Conference and the formation of the Non-Aligned Movement, many of Europe’s former colonies banded together to form a common bloc, aligned with neither the advanced capitalist “First World” nor with the socialist “Second World.” In this historical context, the category of “Third World literature” emerged, a category that has itself spawned a whole industry of scholarly and critical studies, particularly in the metropolitan West, but increasingly in the homelands of the Third World itself.

Setting himself against the growing tendency to homogenize “Third World” literature and cultures, Aijaz Ahmad has produced a spirited critique of the major theoretical statements on “colonial discourse” and “post-colonialism,” dismantling many of the commonplaces and conceits that dominate contemporary cultural criticism. With lengthy considerations of, among others, Fredric Jameson, Edward Said, and the Subaltern Studies group, In Theory also contains brilliant analyses of the concept of Indian literature, of the genealogy of the term “Third World,” and of the conditions under which so-called “colonial discourse theory” emerged in metropolitan intellectual circles.

Erudite and lucid, Ahmad’s remapping of the terrain of cultural theory is certain to provoke passionate response.

“An erudite and brilliant work—one of the few books in recent years on politics, and literature, which deserves to be taken completely seriously.”—Guardian

“A sustained and searching polemic. Ahmad’s voice is one of the most important in the current critical debate.”—Financial Times

Aijaz Ahmad is a renowned cultural theorist who has taught in several western and Indian universities. A frequent contributor to Frontline magazine, he currently lives in New Delhi.
Loading...
or support indie stores by buying on