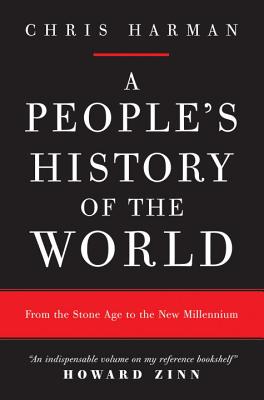 Chris Harman describes the shape and course of human history as a narrative of ordinary people forming and re-forming complex societies in pursuit of common human goals. Interacting with the forces of technological change as well as the impact of powerful individuals and revolutionary ideas, these societies have engendered events familiar to every schoolchild—from the empires of antiquity to the world wars of the twentieth century.

In a bravura conclusion, Chris Harman exposes the reductive complacency of contemporary capitalism, and asks, in a world riven as never before by suffering and inequality, why we imagine that it can—or should—survive much longer. Ambitious, provocative and invigorating, A People&rsquo;s History of the World delivers a vital corrective to traditional history, as well as a powerful sense of the deep currents of humanity which surge beneath the froth of government.

Praise For A People's History of the World: From the Stone Age to the New Millennium…

“I have had many people ask me if there is a book which does for world history what my book A People’s History of the United States does for this country. I always responded that I know of only one book that accomplishes this extremely difficult task, and that is Chris Harman’s A People’s History of the World. It is an indispensable volume on my reference bookshelf.”
—Howard Zinn

“The left … has few accounts which convey as well as this book does the broad sweep of human history.”
—Robin Blackburn, author of The Making of New World Slavery and The American Crucible

Chris Harman (1942–2009) was the author of numerous books including A People&rsquo;s History of the World, The Fire Last Time: 1968 and After and The Lost Revolution: Germany 1918–23. He was editor of International Socialism Journal and was previously the editor of Socialist Worker for over two decades—you can read his <a href="http://www.guardian.co.uk/politics/2009/nov/09/chris-harman-obituary">Guardian obituary here</a>.
Loading...
or
Not Currently Available for Direct Purchase