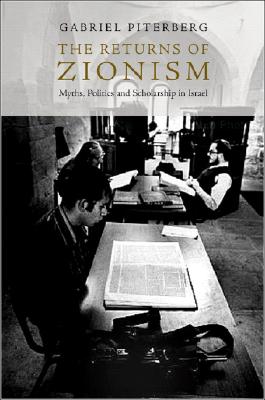 The Returns of Zionism

In this original and wide-ranging study, Gabriel Piterberg examines the ideology and literature behind the colonization of Palestine, from the late nineteenth century to the present. Exploring Zionism’s origins in Central-Eastern European nationalism and settler movements, he shows how its texts can be placed within a wider discourse of western colonization. Revisiting the work of Theodor Herzl and Gershom Scholem, Anita Shapira and David Ben-Gurion, and bringing to light the writings of lesser-known scholars and thinkers influential in the formation of the Zionist myth, Piterberg breaks open prevailing views of Zionism, demonstrating that it was in fact unexceptional, expressing a consciousness and imagination typical of colonial settler movements. Shaped by European ideological currents and the realities of colonial life, Zionism constructed its own story as a unique and impregnable one, in the process excluding the voices of an indigenous people—the Palestinian Arabs.


Praise For The Returns of Zionism: Myths, Politics and Scholarship in Israel…

Gabriel Piterberg teaches history at UCLA, and has taught at St Antony's and Balliol Colleges, Oxford. His previous books include "An Ottoman Tragedy: History and Historiography at Play." He writes for the "New Left Review" and the "London Review of Books."
Loading...
or
Not Currently Available for Direct Purchase