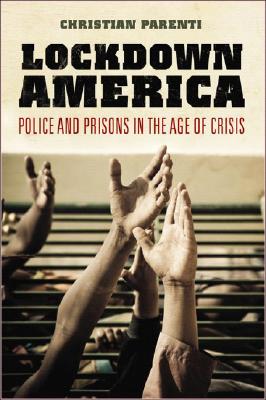 Police and Prisons in the Age of Crisis

Why is criminal justice so central to American politics? Lockdown America not only documents the horrors and absurdities of militarized policing, prisons, a fortified border, and the federalization of the war on crime, it also explains the political and economic history behind the massive crackdown. This updated edition includes an afterword on the War on Terror, a meditation on surveillance and the specter of terrorism as they help reanimate the criminal justice attack. Written in vivid prose, Lockdown America will propel readers toward a deeper understanding of the links between crime and politics in a period of gathering economic crisis.


Praise For Lockdown America: Police and Prisons in the Age of Crisis…

“In the best tradition of investigative journalism, paced like a fine novel, it carries the authority of meticulous academic research.”—Independent

“Exhaustively documented ... deserves a full hearing from anyone serious about ending the often horrific realities of the criminal justice system.”—Washington Post Book World

“Essential reading for those in law enforcement and politics who are attracted by the rhetoric of zero tolerance.”—Times Literary Supplement

Christian Parenti is the author of "The Soft Cage" and "The Freedom," and is currently writing a book on Afghanistan. He is a visiting fellow at the CUNY Graduate School's Center for Place, Culture and Politics, and his articles appear regularly in "The Nation." He lives in New York City.
or
Not Currently Available for Direct Purchase