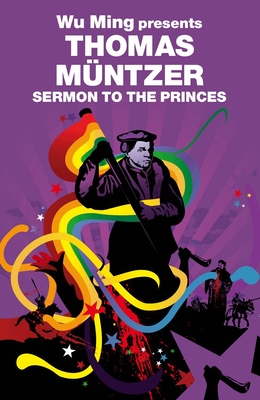 Sermon to the Princes (Revolutions)

Thomas Müntzer was a radical pastor frustrated by the Reformation. He believed that Martin Luther’s stand against the Church did not go far enough and demanded the realization of the Kingdom of Heaven on Earth. To that end, in 1524 he lead the Peasants’ War in Germany, an insurrection that culminated in his brutal execution. Gathered here, along with Müntzer’s final confession, are some of his key rousing sermons attacking the princes and preaching an early form of communism.

Wu Ming, the Italian authors’ collective, brought the Radical Reformation to life in their bestselling novel Q (written under the pseudonym Luther Blissett). In an introduction, they examine how Müntzer has continued to inspire visionaries and radicals for the last 500 years.

Wu Ming is a collective of five Italian fiction writers, founded in Bologna in January 2000. They co-authored a number of books including 54 and the bestselling novel Q, under the previous pseudonym “Luther Blissett.”
Loading...
or
Not Currently Available for Direct Purchase