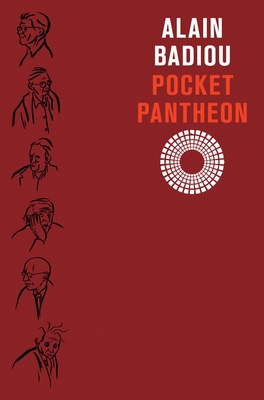 Pocket Pantheon is an invitation to engage with the greats of postwar Western thought, such as Lacan, Sartre and Foucault, in the company of one of today’s leading political and philosophical minds. Alain Badiou draws on his encounters with this pantheon – his teachers, opponents and allies – to offer unique insights into both the authors and their work. These studies form an accessible, authoritative distillation of continental theory and a capsule history of a period in Western thought.

David Macey translated some twenty books from French to English. He was the author of Lacan in Context, the acclaimed The Lives of Michel Foucault, The Penguin Dictionary of Critical Theory and Frantz Fanon: A Biography. He died in October 2011.

“A figure like Plato or Hegel walks here among us!”—Slavoj Žižek

“An heir to Jean-Paul Sartre and Louis Althusser.”—New Statesman
or
Not Currently Available for Direct Purchase
Copyright © 2020 American Booksellers Association