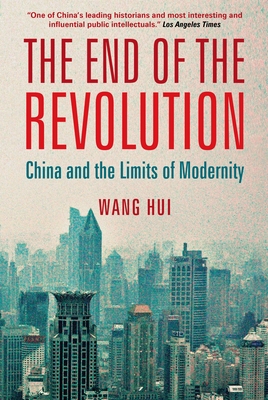 “Our focus on the country’s future has led to a de facto collusion with the Chinese government in ignoring its past ... In The End of the Revolution, the leading Chinese critic Wang Hui offers an alternative: an undivided narrative of modern Chinese history which makes better sense.”—John Gittings, The Guardian

Wang Hui is a professor in the Department of Chinese Language and Literature at Tsinghua University in Beijing, where he currently lives. He studied at Yangzhou University, Nanjing University and the Chinese Academy of Social Sciences. He has also been a visiting professor at NYU and other universities in the U.S. In 1989, he participated in the Tiananmen Square Protests and was subsequently sent to a poor inland province for compulsory “re-education” as punishment for his participation. He developed a leftist critique of government policy and came to be one of the leading proponents of the Chinese New Left in the 1990s, though Wang Hui did not choose this term. Wang was named as one of the top 100 public intellectuals in the world in 2008 by Foreign Policy.
Loading...
or
Not Currently Available for Direct Purchase