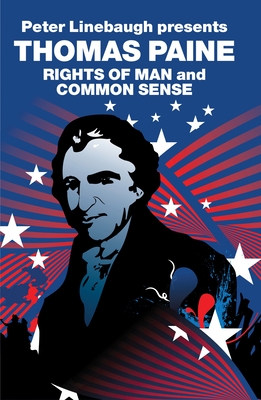 The Rights of Man and Common Sense (Revolutions)

Published to commemorate the bicentennial of Thomas Paine’s death, these texts have remained two of the most influential arguments for liberty in political thought. Common Sense is a pamphlet that Paine wrote in support of American independence. Due to its original and simple style it spread like wildfire through the colonies, inspiring the American Revolution. The Rights of Man is Paine’s passionate defense of the French Revolution that led to his trial for sedition and libel. The acclaimed historian Peter Linebaugh provides an original examination of Paine’s thought and legacy.

Praise For The Rights of Man and Common Sense (Revolutions)…

“We have it in our power to begin the world over again.”—Thomas Paine

Thomas Paine was a writer and revolutionary.

Peter Linebaugh is Professor of History at the University of Toledo. He writes extensively on British history, Irish history, labor history and the history of the colonial Atlantic. His books include The Magna Carta Manifesto, The Many-Headed Hydra and The London Hanged, and he contributes frequently to CounterPunch.
Loading...
or
Not Currently Available for Direct Purchase