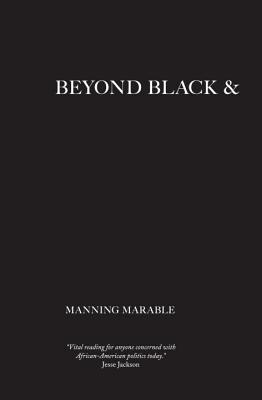 Many in the US, including Barack Obama, have called for a 'post-racial' politics: yet race still divides the country politically, economically and socially.
In this expanded new edition of a highly acclaimed work, Manning Marable rejects both liberal inclusionist strategies and the separatist politics of the likes of Louis Farrakhan, arguing powerfully for a new 'transformationist' strategy, which retains a distinctive black cultural identity but draws together all the poor and exploited in a united struggle against oppression. In a substantial new introduction, Marable looks back at the last ten years of African-American politics and the fight against racism, outlining a trenchant analysis of the 'New Racial Domain' that must be uprooted.

Praise For Beyond Black and White: Transforming African-American Politics…

“This book is important reading for activists and theorists alike, and for all of us who want to be both.”—Angela Y. Davis

“Vital reading for anyone concerned with African-American politics today.”—Jesse Jackson

“Marable argues tirelessly not just for better days for black America, but for Americans in general.”—The Progressive