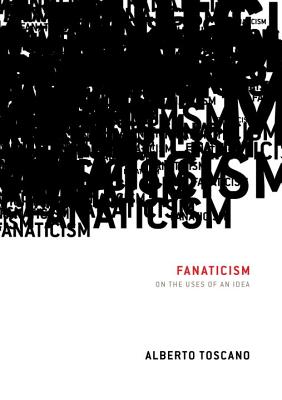 On the Uses of an Idea

The idea of fanaticism as a deviant or extreme variant of an already irrational set of religious beliefs is today invoked by the West in order to demonize and psychologize any non-liberal politics. Alberto Toscano&rsquo;s compelling and erudite counter-history explodes this accepted interpretation in exploring the critical role fanaticism played in forming modern politics and the liberal state. Tracing its development from the traumatic Peasants&rsquo; War of early sixteenth-century Germany to contemporary Islamism, Toscano tears apart the sterile opposition of &lsquo;reasonableness&rsquo; and fanaticism. Instead, in a radical new interpretation, he places the fanatic at the very heart of politics, arguing that historical and revolutionary transformations require a new understanding of his role. Showing how fanaticism results from the failure to formulate an adequate emancipatory politics, this illuminating history sheds new light on an idea that continues to dominate debates about faith and secularism.

Praise For Fanaticism: On the Uses of an Idea…

“Succinct yet expansively allusive in scope, dense yet highly readable, Fanaticism is a multi-levelled investigation into the role that the idea of the fanatic has played in political discourse.”
—Mark Fisher, Frieze

“A tour de force in every sense—Toscano wipes the smug smiles off the self-righteous faces of the New Philosophers.”
—Mike Davis, author of Planet of Slums

“Gets the synapses firing … The book has brio, it is bolstered by wide-ranging scholarship and it will make you re-examine one of the most dangerous words in the political lexicon.”
—Catholic Herald

Alberto Toscano is a lecturer in sociology at Goldsmiths, University of London. He is the author of The Theatre of Production and Fanaticism, translator of Alain Badiou&rsquo;s The Century and Logics of Worlds and co-editor of Alain Badiou&rsquo;s Theoretical Writings and On Beckett. He has published numerous articles on contemporary philosophy, politics and social theory, and is an editor of Historical Materialism.
Loading...
or
Not Currently Available for Direct Purchase