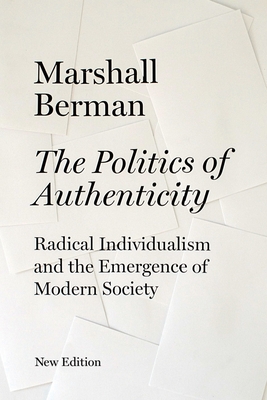 In this acclaimed exploration of the search for “authentic” individual identity, Marshall Berman explores the historical experiences and needs out of which this new radicalism arose. Focussing on eighteenth-century Paris, a time and place in which a distinctively modern form of society was just coming into its own, Berman shows how the ideal of authenticity—of a self that could organize the individual’s energy and direct it toward his own happiness—articulated eighteenth-century man’s deepest responses to this brave new world, and his most ardent hope for a new life in it. Exploring in particular the ideas of Montesquieu and Rousseau, Berman shows how the ideal of authenticity was radically opposed to the bourgeois, capitalistic idea of “self-interest.”