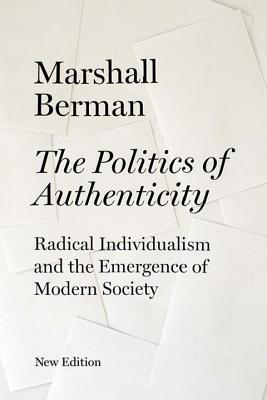 In this acclaimed exploration of the search for authentic individual identity, Marshall Berman explores the historical experiences and needs out of which this new radicalism arose. Focussing on eighteenth-century Paris, a time and place in which a distinctively modern form of society was just coming into its own, Berman shows how the ideal of authenticity of a self that could organize the individual's energy and direct it toward his own happiness articulated eighteenth-century man's deepest responses to this brave new world, and his most ardent hope for a new life in it. Exploring in particular the ideas of Montesquieu and Rousseau, Berman shows how the ideal of authenticity was radically opposed to the bourgeois, capitalistic idea of self-interest.

Marshall Berman is Distinguished Professor of Political Science at City College of New York and CCNY Graduate Center, where he teaches political theory and urban studies. He writes frequently for "The Nation" and "The Village Voice," and serves on the editorial board of "Dissent." He is the author of "The Politics of Authenticity"; "All That Is Solid Melts into Air"; and "On the Town."
Loading...
or
Not Currently Available for Direct Purchase