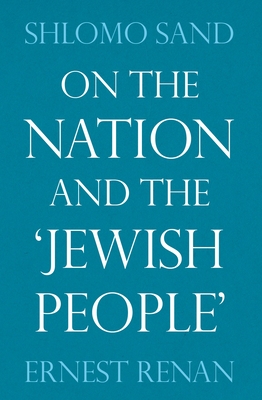 On the Nation and the Jewish People

Ernest Renan was one of the intellectual giants of the second half of the nineteenth century in France, the man who first opened up the study of nationalism. In this book, Shlomo Sand, the author of the best-selling The Invention of the Jewish People, demonstrates the complexity of Renan’s thought. Sand shows the relationship of Renan’s work to that of key twentieth-century thinkers on nationalism, such as Raymond Aron and Ernest Gellner, and argues for the continued importance of studying Renan.

Alongside his essay, Sand presents two classic lectures by Renan: the first, the renowned “What Is a Nation?”, argues that nations are not based upon race, religion, and language; in the second he uses historical evidence to show that the Jews cannot be considered a “pure ethnos.” On the Nation and the Jewish People is an important contribution to the understanding of nationalism, bringing back into play the work of a profoundly misunderstood thinker.

Ernest Renan (1823–1892) was a French philosopher and writer.
Loading...
or
Not Currently Available for Direct Purchase