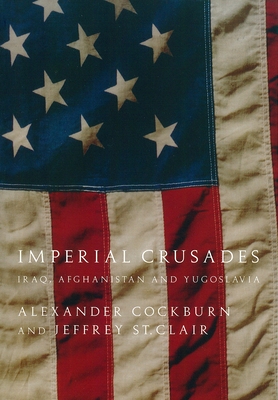 The war on Iraq didn’t begin with the lethal pyrotechnics of Shock and Awe, and it didn’t end with George W. Bush’s made-for-TV aircraft landing. Undetected by the mainstream press, the US campaign against Iraq began many years before, featuring cruel sanctions, weekly bombardments, and assassinations. With Saddam deposed, the US now finds itself mired in a grinding occupation, its troops under constant attack with no exit in sight.

Iraq was just one of three major imperial crusades in the last decade, orchestrated by a new generation of American politicians, both Democrat and Republican, who backed pre-emptive strikes to overthrow unruly regimes in Yugoslavia and Afghanistan under the pretext of humanitarian intervention. Alexander Cockburn and Jeffrey St. Clair reported on these wars as they happened. Years ahead of the pack, they exposed the economic motives behind the wars and how fraudulent intelligence, a spaniel press corps, a servile United Nations, and corporate propaganda techniques were used to sell them to the public.

Alexander Cockburn co-edits CounterPunch with Jeffrey St. Clair. Together they have written Whiteout: The CIA, Drugs and the Press and A Dime’s Worth of Difference: Beyond the Lesser of Two Evils.

Jeffrey St. Clair co-edits CounterPunch with Alexander Cockburn. Together they have written Whiteout: The CIA, Drugs and the Press and A Dime’s Worth of Difference: Beyond the Lesser of Two Evils.
Loading...
or
Not Currently Available for Direct Purchase