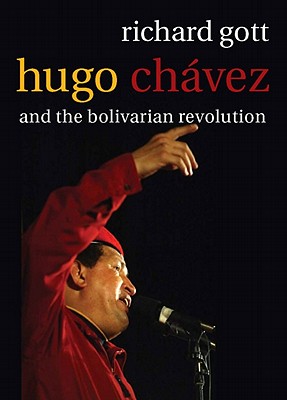 The only first-hand report on contemporary Venezuela, Hugo Chavez, by veteran correspondent Richard Gott, places the country’s controversial and charismatic president in historical perspective, and examines his plans and programs. This new edition has a chapter on the attempted and failed military coup, Venezuela’s recent recall election, and discusses US covert intervention against this democratically elected public official.

The spectre of Simon Bolivar hovers once again over Latin America as the aims and ambitions of the Liberator are taken up by Comandante Hugo Chavez. Welcomed by the inhabitants of the teeming shantytowns of Caracas as their potential savior, and greeted by Washington with considerable alarm, this former golpista-turned-democrat has already begun the most wide-ranging transformation of oil-rich Venezuela for half a century, and dramatically affected the political debate throughout Latin America.


Praise For Hugo Chavez and the Bolivarian Revolution…

Richard Gott is a former Latin America correspondent and features editor for the "Guardian." A specialist in Latin American affairs, his books include "Cuba: A New History, Guerrilla Movements in Latin America, The Appeasers" (with Martin Gilbert), "Land Without Evil," "Hugo Chavez and the Bolivarian Revolution," and "Britain's Empire." He is currently an honorary research fellow at the institute for the study of the Americas at the University of London.
Loading...
or
Not Currently Available for Direct Purchase