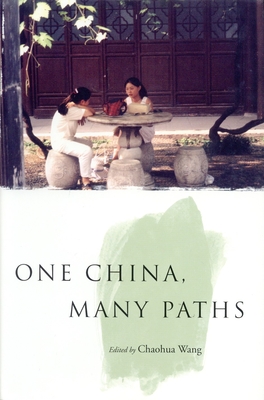 One China, Many Paths

The world’s largest country is now a constant topic of fascination or fear in the West, producing an ever increasing literature of scholarship, reportage and tourism. In this volume, the differing voices and views of leading Chinese thinkers can for the first time be heard in English translation, debating the future of their society and its place in the world. One China, Many Paths offers a vibrant panorama of the contemporary intellectual scene in the People’s Republic. Its contributors include economists and historians, philosophers and sociologists, writers and literary critics, across the generations.

Among the topics debated in these pages are the future of China’s growth model; the deepening crisis on the land; the country’s emerging class structure, and the fate of its workers; its commercial and high culture, and the interactions between them; the role of social movements and the aftermath of the late eighties; the prospects of a democratic constitution and the direction of China’s foreign policy. This collection gives a unique window onto the variety and vigor of opinions about public affairs expressed in China today.

Praise For One China, Many Paths…

“Reading this book is a must for students and scholars interested in the evolution of Chinese intellectual life at the end of the twentieth century.”—The China Journal

“The indispensable survey of China’s recent social, political and cultural thought. The coverage is breath-taking.”—Choice

“There is a Chinese intellectual realm just as astonishing as the Chinese economy. The authors engage in lively debate among themselves and are in complete command of Western thought and philosophy. They show that whatever the troubles of their nation, individual Chinese can take up the most sophisticated features of modern culture.”—Foreign Affairs

“The only work of its kind available in English. A welcome reminder of the growing diversity of Chinese intellectual thought.”—London Review of Books

“Wang’s collection stands out for its focus on issues of democracy and social justice.”—Arif Dirlik, New Left Review

Chaohua Wang is an essayist. She received her PhD in Chinese literature and civilization from the University of California, Los Angeles and is currently a post-doctoral fellow at the Institute of Modern History, Academia Sinica (Taipei).
Loading...
or
Not Currently Available for Direct Purchase