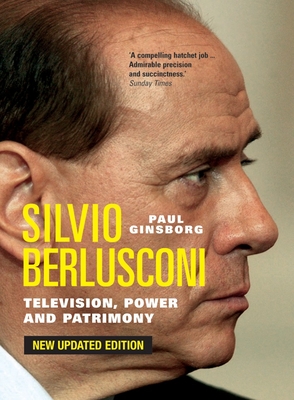 Silvio Berlusconi, a self-made man with a taste for luxurious living, owner of a huge television empire and the politician who likened a German MEP to a Nazi concentration camp guard—small wonder that much of democratic Europe and America has responded with considerable dismay and disdain to his governance of Italy.

While highlighting the particular italianita of Berlusconi’s trajectory, Ginsborg also finds international tendencies, such as the distorted relationship between the media system and politics. Throughout, Ginsborg suggests that Berlusconi has gotten as far as he has thanks to the wide-open space left by the strategic weaknesses of modern left-wing politics.

“Succinct and lucid ... this small book has a large agenda: to show what in contemporary Italian culture produced and promoted Berlusconi, as entrepreneur and prime minister, and what might be done to hasten his political end.”—International Herald Tribune

“Damning ... Ginsborg shows how Berlusconi’s combination of anti-political populism and media power makes him a real threat to democracy.”—Independent

“Penetrating and disquieting ... A masterly study by the leading British historian of contemporary Italy.”—Times Literary Supplement

Author of the highly acclaimed books A History of Contemporary Italy and Italy and Its Discontents, Paul Ginsborg teaches history at Florence University.
Loading...
or
Not Currently Available for Direct Purchase