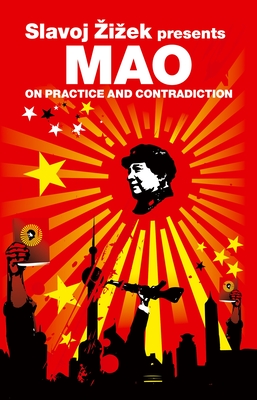 On Practice and Contradiction (Revolutions)

These early philosophical writings underpinned the Chinese revolutions, and their clarion calls to insurrection remain some of the most stirring of all time. Drawing on a dizzying array of references from contemporary culture and politics, Žižek&rsquo;s firecracker commentary reaches unsettling conclusions about the place of Mao&rsquo;s thought in the revolutionary canon.

Mao Tse-Tung was a Chinese revolutionary, political theorist and Communist leader. He led the People&rsquo;s Republic of China (PRC) from its establishment in 1949 until his death in 1976.

Slavoj Žižek is a Slovenian philosopher and cultural critic. He is a professor at the European Graduate School, International Director of the Birkbeck Institute for the Humanities, Birkbeck College, University of London, and a senior researcher at the Institute of Sociology, University of Ljubljana, Slovenia. His books include Living in the End Times, First as Tragedy, Then as Farce, In Defense of Lost Causes, four volumes of the Essential Žižek, and many more.
Loading...
or support indie stores by buying on