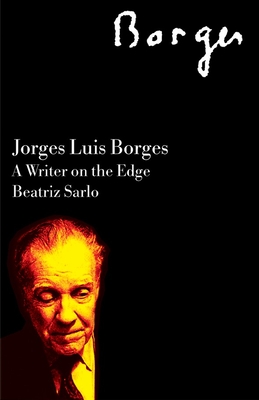 Jorge Luis Borges is generally acknowledged to be one of the twentieth century’s most significant writers. Yet in all the critical debates on his work, the fact that he is Argentinian is rarely discussed, as if his international reputation had somehow cleansed him of nationality. In this brilliant introduction to his work, Sarlo challenges these “universalist” readings, arguing that they leave aside vital aspects of Borges’ writing, including his powerful vision of Argentina’s past and its traditions, which placed both the writer and his country at the intersection of European and Latin American culture.

Praise For Jorge Luis Borges: A Writer on the Edge (Critical Studies in Latin American and Iberian Culture)…

“Beatriz Sarlo has a breadth of understanding and a capacity to communicate from one culture to another.”—Carlos Fuentes

Beatriz Sarlo is one of Latin America’s most influential cultural critics. She is the co-founder of the journal Punto de Vista, and the author of several books, including Scenes from Postmodern Life.

James Dunkerley is Professor of Politics at Queen Mary, University of London, and Director of the Institute for the Study of the Americas. His books include Rebellion in the Veins, Power in the Isthmus and The Long War, all published by Verso.
Loading...
or
Not Currently Available for Direct Purchase