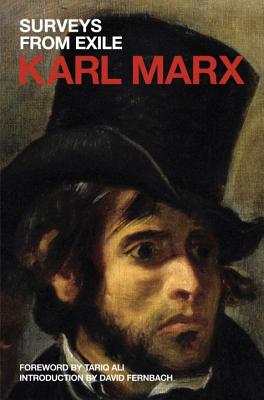 Karl Marx was not only the great theorist of capitalism, he was also a superb journalist, politician and historian. In these brand-new editions of Marx’s Political Writings we are able to see the depth and range of his mature work from 1848 through to the end of his life, from The Communist Manifesto to The Class Struggles in France and The Critique of the Gotha Programme. Each book has a new introduction from a major contemporary thinker, to shed new light on these vital texts.

Volume 2: Surveys from Exile: In the 1850s and early 1860s Marx played an active part in politics, and his prolific journalism from London offered a constant commentary on all the main developments of the day. During this time Marx began to interpret the British political scene and express his considered views on Germany, Poland and Russia, the Crimean War and American Civil War, imperialism in India and China, and a host of other key issues. The Class Struggles in France develops the theories outlined in The Communist Manifesto into a rich and revealing analysis of contemporary events, while The Eighteenth Brumaire of Louis Bonaparte contains equally stimulating reflections on Napoleon III’s coup d’etat of 1851.

Karl Marx was born in 1818, in the Rhenish city of Trier, the son of a successful lawyer. He studied law and philosophy at the universities of Bonn and Berlin, completing his doctorate in 1841. In Paris three years later, Marx was introduced to the study of political economy by a former fellow student, Frederick Engels. In 1848 they collaborated in writing "The Communist Manifesto." Expelled from Prussia in the same year, Marx took up residence first in Paris and then in London where, in 1867 he published his magnum opus "Capital." A co-founder of the International Workingmen's Association in 1864, Marx died in London in 1883.

Tariq Ali is a writer and filmmaker. He has written more than a dozen books on world history and politics--including "Pirates of the Caribbean," "Bush in Babylon," "The Clash of Fundamentalisms" and "The Obama Syndrome"--as well as five novels in his Islam Quintet series and scripts for the stage and screen. He is an editor of the "New Left Review" and lives in London.
or support indie stores by buying on
(This book is on backorder)
Copyright © 2020 American Booksellers Association