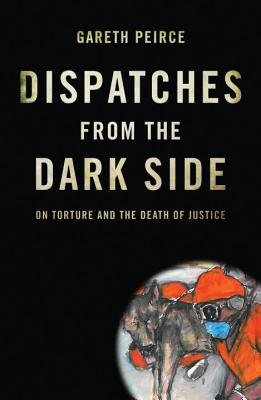 Dispatches from the Dark Side

On Torture and the Death of Justice

In this set of devastating yet elegant essays, Gareth Peirce analyzes the corruption of legal principles and practices in both the US and the UK that has accompanied the ‘War on Terror’. Exploring the few cases of torture that have come to light, such as those of Guantánamo detainees Shafiq Rasul and Binyam Mohamed, Peirce argues that they are evidence of a deeply entrenched culture of impunity among those investigating presumed radicals among British Muslim nationals and residents, who constitute the new suspect community in the UK.

Peirce shows that the British government has colluded in a whole range of extrajudicial activities-rendition, internment without trial, torture-and has gone to extraordinary lengths to conceal its actions. Its devices for maintaining secrecy are probably more deep-rooted than those of any other comparable democracy. If the government continues along this path, Peirce argues, it will destroy the moral and legal fabric it claims to be protecting.


Praise For Dispatches from the Dark Side: On Torture and the Death of Justice…

“An antidote to the current propaganda.”—John Pilger, New Statesman

“The great theme of her book and, arguably, her professional life too [is] that justice dies when the law is co-opted for political purposes.”—Stuart Jeffries, Guardian

“A timely reminder of the darker side of lawlessness in freedom’s name.”—Shami Chakrabarti, Observer, Books of the Year 2010

Lawyer Gareth Peirce represents individuals who are or have been the subject of rendition and torture, held in prisons in the UK on the basis of secret evidence, and interned in secret prisons abroad under regimes that continue to practice torture. Her many clients have included the Birmingham Six, Judith Ward, the family of Jean Charles de Menezes, and Moazzam Begg. She lives in London.
Loading...
or support indie stores by buying on
(This book is on backorder)