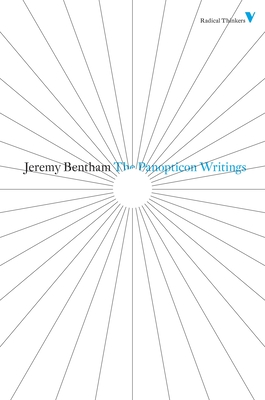 The Panopticon project for a model prison obsessed the English philosopher Jeremy Bentham for almost 20 years. In the end, the project came to nothing; the Panopticon was never built. But it is precisely this that makes the Panopticon project the best exemplification of Bentham’s own theory of fictions, according to which non-existent fictitious entities can have all too real effects. There is probably no building that has stirred more philosophical controversy than Bentham’s Panopticon. The Panopticon is not merely, as Foucault thought, “a cruel, ingenious cage”, in which subjects collaborate in their own subjection, but much more—constructing the Panopticon produces not only a prison, but also a god within it. The Panopticon is a machine which on assembly is already inhabited by a ghost. It is through the Panopticon and the closely related theory of fictions that Bentham has made his greatest impact on modern thought; above all, on the theory of power. The Panopticon writings are frequently cited, rarely read. This edition contains the complete “Panopticon Letters”, together with selections from “Panopticon Postscript I” and “Fragment on Ontology”, Bentham’s fullest account of fictions. A comprehensive introduction by Miran Bozovic explores the place of Panopticon in contemporary theoretical debate.

Jeremy Bentham (1748–1832) was the founder of the doctrine of utilitarianism, outlined in “An Introduction to the Principles of Morals and Legislation” (1789). His work on the Panopticon began in 1785. His concern with legal reform and codification continued throughout his life, and he was a campaigner for universal suffrage, the secret ballot and the abolition of capital and corporal punishment.
or support indie stores by buying on
(This book is on backorder)
Copyright © 2020 American Booksellers Association