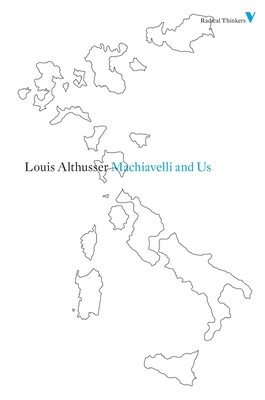 Machiavelli and Us (Radical Thinkers)

“We do not publish our own drafts, that is, our own mistakes, but we do sometimes publish other people’s,” Louis Althusser once observed of Marx’s early writings. Among his own posthumously released drafts, one, at least, is incontestably neither mistake nor out-take: the text of his lecture course on Machiavelli, originally delivered at the École Normale Supérieure in 1972, intermittently revised up to the mid-1980s, and carefully prepared for publication after his death in 1990.

Though only appearing as an occasional reference in the Marxist philosopher’s oeuvre, Machiavelli was an unseen constant presence. For together with Spinoza and Marx, Machiavelli was a veritable Althusserian passion. Machiavelli and Us reveals why, and will be welcomed for the light it sheds on the richly complex thought of its author.

Praise For Machiavelli and Us (Radical Thinkers)…

“[A] fascinating and original work that provides a new perspective on the equally enigmatic figures of Althusser and Machiavelli.”—The Front Table

“[S]howcases the richly complex thought of Althusser and will be much appreciated by students of Machiavelli.”—Wisconsin Bookwatch

Louis Althusser was born in Algeria in 1918 and died in France in 1990. He taught philosophy for many years at the Ecole Normale Superieur in Paris, and was a leading intellectual in the French Communist Party. His books include For Marx; Reading Capital (with Etienne Balibar); Essays in Ideology; Politics and History: Montesquieu, Rousseau, Marx; Machiavelli and Us; and The Spectre of Hegel.