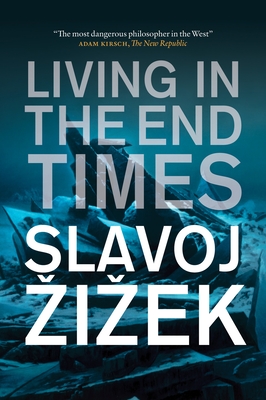 There should no longer be any doubt: global capitalism is fast approaching its terminal crisis. Slavoj Žižek has identified the four horsemen of this coming apocalypse: the worldwide ecological crisis; imbalances within the economic system; the biogenetic revolution; and exploding social divisions and ruptures. But, he asks, if the end of capitalism seems to many like the end of the world, how is it possible for Western society to face up to the end times?

In a major new analysis of our global situation, Žižek argues that our collective responses to economic Armageddon correspond to the stages of grief: ideological denial, explosions of anger and attempts at bargaining, followed by depression and withdrawal.

For this edition, Žižek has written a long afterword that leaves almost no subject untouched, from WikiLeaks to the nature of the Chinese Communist Party.

“Žižek is to today what Jacques Derrida was to the 80s: the thinker of choice for Europe’s young intellectual vanguard.”—The Observer

“Such passion, in a man whose work forms a shaky, cartoon rope-bridge between the minutiae of popular culture and the big abstract problems of existence, is invigorating, entertaining and expanding enquiring minds around the world.”—Helen Brown, Daily Telegraph