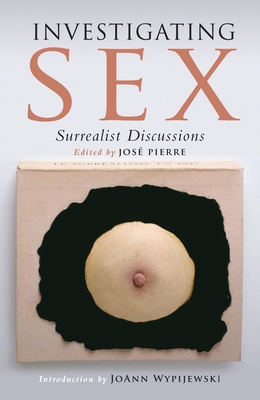 Are women’s orgasms more intense than men’s? What did André Breton think of homosexuality? Can love be separated from physical desire?

In 1928 a group of surrealist writers and artists held twelve round table discussions to address these questions. Calling them “researches into sexuality,” their bizarre and humorous conversations are now made available in this new edition in all their surreal and salacious detail. Their research spanned the most critical period for surrealism, a time of bitter political disputes, echoed in the intensity of these meetings and in the range of participants, including André Breton, Paul Eluard, Yves Tanguy, Benjamin Péret and Pierre Naville.

“These discussions are absolutely fascinating.”—Kathy Acker, author of Blood and Guts in High School

“... readers are in for a treat: a cascade of opinion, at times insightful, frequently infuriating, often comedic.”—Zoe Strimpel, The Observer

José Pierre was a playwright, novelist and art historian. He belonged to the postwar Paris surrealist group that formed around André Breton. He was a member of Actual, an archive for the dissemination of the secret history of surrealism.
Loading...
or
Not Currently Available for Direct Purchase