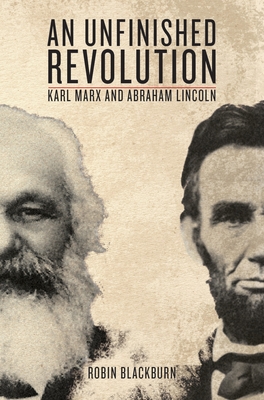 Karl Marx and Abraham Lincoln exchanged letters at the end of the Civil War. Although they were divided by far more than the Atlantic Ocean, they agreed on the cause of “free labor” and the urgent need to end slavery. In his introduction, Robin Blackburn argues that Lincoln’s response signaled the importance of the German American community and the role of the international communists in opposing European recognition of the Confederacy.

The ideals of communism, voiced through the International Working Men’s Association, attracted many thousands of supporters throughout the US, and helped spread the demand for an eight-hour day. Blackburn shows how the IWA in America—born out of the Civil War—sought to radicalize Lincoln’s unfinished revolution and to advance the rights of labor, uniting black and white, men and women, native and foreign-born. The International contributed to a profound critique of the capitalist robber barons who enriched themselves during and after the war, and it inspired an extraordinary series of strikes and class struggles in the postwar decades.

In addition to a range of key texts and letters by both Lincoln and Marx, this book includes articles from the radical New York-based journal Woodhull and Claflin’s Weekly, an extract from Thomas Fortune’s classic work on racism Black and White, Frederick Engels on the progress of US labor in the 1880s, and Lucy Parson’s speech at the founding of the Industrial Workers of the World.

Robin Blackburn teaches at the New School in New York and the University of Essex in the UK. He is the author of many books, including The Making of New World Slavery, The Overthrow of Colonial Slavery, Age Shock, Banking on Death, and The American Crucible.

Abraham Lincoln was the sixteenth president of the United States and the author of several seminal speeches and writings, including the Gettysburg Address. He died in 1865.

Karl Marx was born in 1818, in the Rhenish city of Trier, the son of a successful lawyer. He studied law and philosophy at the universities of Bonn and Berlin, completing his doctorate in 1841. In Paris three years later, Marx was introduced to the study of political economy by a former fellow student, Frederick Engels. In 1848 they collaborated in writing The Communist Manifesto. Expelled from Prussia in the same year, Marx took up residence first in Paris and then in London where, in 1867 he published his magnum opus Capital. A co-founder of the International Workingmen’s Association in 1864, Marx died in London in 1883.

Frederick Engels was born in 1820, in the German city of Barmen. Brought up as a devout Calvinist he moved to England in 1842 to work in his father’s Manchester textile firm. After joining the fight against the counter revolution in Germany in 1848 he returned to Manchester and the family business, finally settling there in 1850. In subsequent years he provided financial support for Marx and edited the second and third volumes of Capital. He died whilst working on the fourth volume in 1895.
Loading...
or
Not Currently Available for Direct Purchase