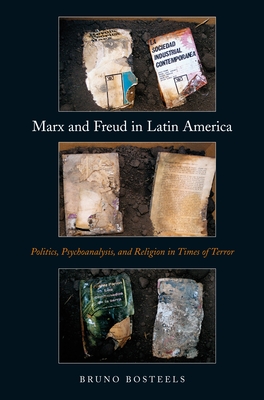 Politics, Psychoanalysis, and Religion in Times of Terror

This book assesses the untimely relevance of Marx and Freud for Latin America, thinkers alien to the region who became an inspiration to its beleaguered activists, intellectuals, writers and artists during times of political and cultural oppression.

Bruno Bosteels presents ten case studies arguing that art and literature—the novel, poetry, theatre, film—more than any militant tract or theoretical essay, can give us a glimpse into Marxism and psychoanalysis, not so much as sciences of history or of the unconscious, respectively, but rather as two intricately related modes of understanding the formation of subjectivity.

Praise For Marx and Freud in Latin America: Politics, Psychoanalysis, and Religion in Times of Terror…

“Positively inspiring.”—Jean Franco, author of The Decline and Fall of the Lettered City

“Some of the stories he tells are familiar, but Bosteels has not written yet another history of orthodox Marxism and official psychoanalysis in Latin America. His considerable originality lies in his focus on intriguing and under-appreciated thinkers, often heretics within already heretical traditions.”—The New Inquiry
or support indie stores by buying on
Copyright © 2020 American Booksellers Association