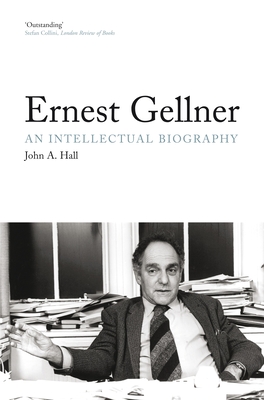 Ernest Gellner was a multilingual polymath who set the agenda in the study of nationalism and the sociology of Islam for an entire generation of academics and students. This definitive biography follows his trajectory from his early years in Prague, Paris and England to international success as a philosopher and public intellectual. Known both for his highly integrated philosophy of modernity and for combining a respect for nationalism with an appreciation for science, Gellner was passionate in his defence of reason against every for of relativism.

“The cumulative effect is monumental—and a monument does seem overdue.”—Scott McLemee, National

“Gellner has been brought back to life—alongside his combative ideas and his maverick approach to intellectual combat—in a sympathetic but by no means reverential biography by his former pupil John A. Hall.”—Wall Street Journal

“Few books have more successfully combined the study of personal life and intellectual development in the turbulent setting of the twentieth century.”—Eric Hobsbawn, Observer Books of the Year

“John A. Hall concludes his account of Ernest Gellner by observing that his outlook on the world was austere. “But therein lies its attraction,” he goes on. “Not much real comfort for our woes is on offer; the consolations peddled in the market are indeed worthless. What Gellner offered was something more mature and demanding: cold intellectual honesty.” Brief personal impressions are rarely conclusive, especially when recalled after many years; but that Gellner was an exceptionally honest thinker is beyond reasonable doubt.”—John Gray, New Republic

“The theory of nationalism itself was Gellner’s life. John A. Hall’s admirable biography helps us to see how this is so, by providing essential biographical information and locating Gellner’s arguments within those of his interlocutors, friendly and otherwise ... Hall, more than learned enough to follow Gellner’s very broad references, is also patient with his categorical opinions.”—Times Literary Supplement

John A. Hall is the James McGill Professor of Comparative Historical Sociology at McGill University in Montreal. His books include Ernest Gellner: An Intellectual Biography, Powers and Liberties, Liberalism, Coercion and Consent, International Orders, and (with Charles Lindholm) Is America Breaking Apart? He taught at the Central European University in the early 1990s, when Gellner had returned to Prague, and gained an appreciation at that time of his background in Central Europe.
Loading...
or
Not Currently Available for Direct Purchase