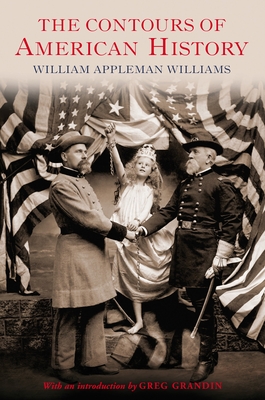 The Contours of American History

William Appleman Williams was one of America’s greatest critics of US imperialism. The Contours of American History, first published in 1961, reached back to seventeenth-century British history to argue that the relationship between liberalism and empire was in effect a grand compromise, with expansion abroad containing class and race tensions at home.

Williams was not the first historian to identify the United States as an imperial power, yet he was unique in linking domestic disquiet to the long history of American expansion, which he traced back to England’s Glorious Revolution. Reaching deep into thirteenth century British history to identify the motor contradictions of what eventually would become known as liberalism, Williams presents a wholly original interpretation of US history; one where the story of the United States is the story of capitalism.

Coming as it did before the political explosions of the 1960s, Williams’s message was a deeply heretical one, and yet the Modern Library ultimately chose Contours as one of the best 100 nonfiction books of the 20th Century. This fiftieth anniversary edition will introduce this magisterial work to a new readership, with a new introduction by Greg Grandin, one of today’s leading historians of US foreign policy.

Praise For The Contours of American History…

“One of the most original home-grown minds in American history. The welcome republication of The Contours of American History should make William Appleman Williams’ stature and foresight as an analyst of the basic patter of US history transparently evident.”—Eric Hobsbawm

“There is still—fifty years after its publication—no better critique of America liberalism and the contradictions of the ideology of individualism, no clearer analysis of the specificities of American empire. Greg Grandin’s preface is a terrific introduction to Williams’ thinking.”—Joan Wallach Scott

“It is hard to capture the impact of The Contours of American History on a generation of young historians in the 1960s, offering a model of history writing that took account of class forces, state power, and the role of ideas. In a way, the study of history has come full circle, back to examining the interconnections between domestic and international history. Back to Williams, in other words.”—Eric Foner

“A very good book indeed ... It is quietly reasoned, beautifully ordered, and spirited as hell ... [It] is not a book for children, nostalgic or otherwise.”—Loren Baritz, The Nation

Greg Grandin is the author of Empire’s Workshop, The Last Colonial Massacre, Who is Rigoberta Menchú?, the award-winning The Blood of Guatemala, and the 2009 National Book Awards finalist Fordlandia. A professor of history at New York University and a Guggenheim fellow, Grandin has served on the United Nations Truth Commission investigating the Guatemalan Civil War and has written for the Los Angeles Times, Nation, New Statesman, and New York Times.
Loading...
or
Not Currently Available for Direct Purchase