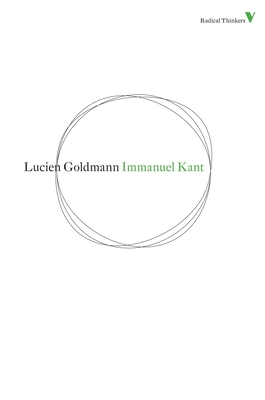 Immanuel Kant was a philosopher at the end of the 18th century Enlightenment. Kant’s magnum opus, the Critique of Pure Reason, aimed to unite reason with experience to move beyond what he took to be failures of traditional philosophy and metaphysics. Kant’s influence on Western thought has been profound. Over and above his influence on specific thinkers, Kant changed the framework within which philosophical inquiry has been carried out. He is seen as a major figure in the history and development of philosophy, and his influence still inspires philosophical work today. Over the years Lucien Goldmann’s excellent study of Kant has remained the classic introductory text to Kant’s legacy and philosophy.

Lucien Goldmann was a French philosopher and sociologist of Jewish-Romanian origin. As a professor at the School for Advanced Studies in the Social Sciences in Paris, he was an influential Marxist theorist.
Loading...
or
Not Currently Available for Direct Purchase