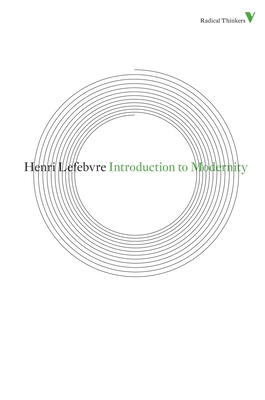 Originally published in 1962, when Lefebvre was beginning his career as a lecturer in sociology at the University of Strasbourg, it established his position in the vanguard of a movement which was to culminate in the events of May 1968. A classic analysis of the modern world using Marxist dialectic, it is a book which supersedes the conventional divisions between academic disciplines. With dazzling skill, Lefebvre moves from philosophy to sociology, from literature to history, to present a profound analysis of the social, political and cultural forces at work in France and the world in the aftermath of Stalin’s death—an analysis in which the contours of our own “postmodernity” appear with startling clarity.

Henri Lefebvre (1901–1991), former resistance fighter and professor of sociology at Strasbourg and Nanterre, was a member of the French Communist Party from 1928 until his expulsion in 1957. He was the author of sixty books on philosophy, sociology, politics, architecture and urbanism.
or
Buy Here
Copyright © 2020 American Booksellers Association