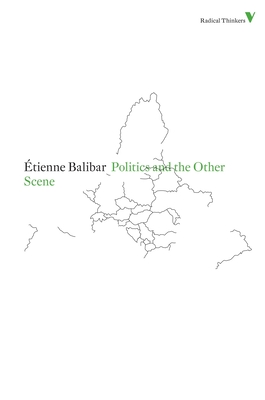 Politics and the Other Scene (Radical Thinkers)

As one of Louis Althusser’s most brilliant students in the 1960s, Etienne Balibar contributed to the theoretical collective masterpiece of Reading Capital. Since then he has established himself among the most subtle philosophical and political thinkers in France. In Politics and the Other Scene Balibar deepens and extends the work he first developed with Immanuel Wallerstein in Race, Nation, Class. Exploring the theme of universalism and difference, he addresses such topical questions as European racism, the notion of the border, whether a European citizenship is possible or desirable, violence and politics, and identity and emancipation.

Praise For Politics and the Other Scene (Radical Thinkers)…

“Etienne Balibar was one of the brilliant group of students around Althusser in the early 1960s. Since then he has established himself as one of France's foremost philosophers on the Left.”—Radical Philosophy (in praise of Étienne Balibar)

Étienne Balibar is a French Marxist philosopher and the most celebrated student of Louis Althusser. He is also one of the leading exponents of French Marxist philosophy and the author of Spinoza and Politics, The Philosophy of Marx and co-author of Race, Nation and Class and Reading Capital.
Loading...
or
Not Currently Available for Direct Purchase