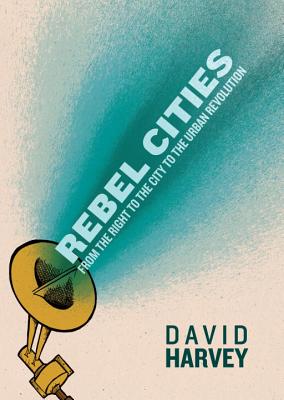 From the Right to the City to the Urban Revolution

Long before the Occupy movement, modern cities had already become the central sites of revolutionary politics, where the deeper currents of social and political change rise to the surface. Consequently, cities have been the subject of much utopian thinking. But at the same time they are also the centers of capital accumulation and the frontline for struggles over who controls access to urban resources and who dictates the quality and organization of daily life. Is it the financiers and developers, or the people?

Rebel Cities places the city at the heart of both capital and class struggles, looking at locations ranging from Johannesburg to Mumbai, and from New York City to São Paulo. Drawing on the Paris Commune as well as Occupy Wall Street and the London Riots, Harvey asks how cities might be reorganized in more socially just and ecologically sane ways—and how they can become the focus for anti-capitalist resistance.


Praise For Rebel Cities: From the Right to the City to the Urban Revolution…

“Whose streets? Our streets! In Rebel Cities David Harvey shows us how we might turn this slogan into a reality. That task—and this book—could hardly be more important.”—Benjamin Kunkel, author of Indecision and a founding editor of N+1

“David Harvey provoked a revolution in his field and has inspired a generation of radical intellectuals.”—Naomi Klein

“Harvey’s clarion demand [is] that it is ‘we,’ not the developers, corporate planners, or political elites, who truly build the city, and only we who can seize back our right to its control.”—Jonathan Moses, Open Democracy

“Intellectuals in the Occupy movement [will] appreciate Rebel Cities’ descriptions of the historic and international parallel of urban struggles to reclaim public space and build culture, and be intrigued by Harvey’s musings on how to grow a lively, resilient revolutionary anticapitalist movement.”—Publisher's Weekly

“A consistent intelligent voice of the left.”—Edwin Heathcote, Financial Times

David Harvey teaches at the Graduate Center of the City University of New York and is the author of many books, including "Social Justice and the City," "The Condition of Postmodernity," "The Limits to Capital," "A Brief History of Neoliberalism," "Spaces of Global Capitalism," and "A Companion to Marx's Capital." His website is davidharvey.org
Loading...
or
Not Currently Available for Direct Purchase