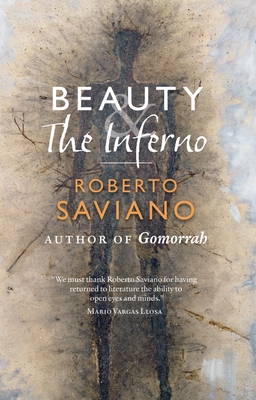 Beauty and the Inferno

Gomorrah, Roberto Saviano’s 2006 exposé of Naples’s Camorra mafia, was an international bestseller and became an award-winning film. But the death threats that followed forced the author into hiding. Saviano was ostracized by his countrymen and went on the run, changing his location every few months and compelled to keep perpetual company with his bodyguards. To this day, he lives in an undisclosed location.

The loneliness of the fugitive life informs all the essays in Beauty and the Inferno, Saviano’s first book since Gomorrah. Among other subjects, he writes about the legendary South African jazz singer Miriam Makeba, his meeting with the real-life Donnie Brasco, sharing the Nobel Academy platform with Salman Rushdie, and the murdered Russian journalist Anna Politkovskaya. Present throughout the book is a sense of Saviano’s peculiar isolation, which infuses his words with anger, exceptional insight and tragedy.

Praise For Beauty and the Inferno: Essays…

“I feel humble, almost insignificant, faced with the dignity and the courage of the writer and journalist Roberto Saviano, the man who has mastered the art of living.”
—José Saramago

“It is good to be reminded of the raw bravery of the Savianos of this world and to salute them for sacrifices they have made in their challenges to power.”
—Duncan Campbell, Guardian

“We must thank Roberto Saviano for having returned to literature the ability to open eyes and minds.”
—Mario Vargas Llosa

“Its tone is angry and urgent … the essays in Beauty and the Inferno are in some sense a celebration of bravery and an expression of rage against corruption and cowardice.”
—Caroline Moorehead, Times Literary Supplement

“He never pulls his punches, his message is incredibly important, and the facts he includes—such as the increase in cancer rates due to the illegal dumping of toxic waste—are like bombshells.”
—Tobias Jones, Sunday Times

“A beautiful object, from the surface through to its depths … Saviano’s confidence and sheer bulldozing coherence could serve as inspiration to all writers, both of fiction and journalism, as the path around weak speechifying and dutiful responses. Read Saviano and feel hope.”
—David Hammerschlag, Bookslut

“Always passionate … Saviano’s commitment to his subjects draws the reader in…This is a strong collection from a brave and keen-eyed reporter.”
—Publishers Weekly

“A perceptive and sympathetic critic and reader … Saviano writes very well … what he has to say demands to be read. Like Primo Levi, his testimony pricks our conscience, tests our resolve, makes us examine ourselves … At once deeply disturbing and illuminating.”
—Alan Taylor, Scottish Sunday Herald

“In his essay about [Anna] Politkovskaya, he writes: ‘I do not care about beautiful stories that cannot be bothered with the blood of our times. I want to smell the rot of politics and the stench of business.’ He achieves that and more in his own work.”
—Patrick Freyne, Sunday Business Post

“Topics are eclectic, mostly personal or reflecting on art and artists.”
—Book News

Roberto Saviano was born in Naples in 1979. As a journalist, he writes for La Repubblica and L’Espresso, as well as for many newspapers around the world. After the publication of Gomorrah (now translated into forty languages) and its subsequent film adaptation, he received several death threats, obliging the Italian government to provide him with twenty-four-hour protection. He has been living in hiding since 2006. In 2011 he was awarded the PEN/Pinter Prize.

Oonagh Stransky is the translator of works by Carlo Lucarelli and Giuseppe Pontiggia.
Loading...
or
Not Currently Available for Direct Purchase