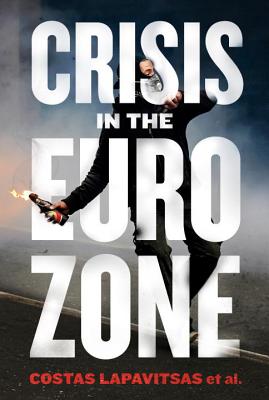 Crisis in the Eurozone (Paperback)

First, there was the credit crunch, and governments around the world stepped in to bail out the banks. The sequel to that debacle is the sovereign debt crisis, which has hit the eurozone hard. The hour has come to pay the piper, and ordinary citizens across Europe are growing to realize that socialism for the wealthy means punching a few new holes in their already-tightened belts.

Building on his work as a leading member of the renowned Research on Money and Finance group, Costas Lapavitsas argues that European austerity is counterproductive. Cutbacks in public spending will mean a longer, deeper recession, worsen the burden of debt, further imperil banks, and may soon spell the end of monetary union itself.

Crisis in the Eurozone charts a cautious path between political economy and radical economics to envisage a restructuring reliant on the forces of organized labour and civil society. The clear-headed rationalism at the heart of this book conveys a controversial message, unwelcome in many quarters but soon to be echoed across the continent: impoverished states have to quit the euro and cut their losses or worse hardship will ensue.

Costas Lapavitsas is a Professor of Economics at the School of Oriental and African Studies, University of London. He is a member of Research on Money and Finance (RMF). He is the lead author of the new RMF report "Breaking Up? A Route Out of the Eurozone Crisis." His previous publications include Social Foundations of Markets, Money and Credit and Political Economy of Money and Finance.

Praise For Crisis in the Eurozone…

"This book is indispensable for anyone trying to make sense of the European Union’s implosion."—Alex Callinicos, Professor of European Studies, King’s College London

"Crisis in the Eurozone combines the urgency of front-line reporting with insightful detail about the players involved and mechanisms at work"—Gary A. Dymski, Professor of Economics, University of California, Riverside

"The most comprehensive, thoughtful, and insightful dissection of the Eurozone’s problems. If you could only read one item on this momentous crisis, this book would be it."—Stergios Skaperdas, Professor of Economics, University of California, Irvine
or
Buy Here
Copyright © 2020 American Booksellers Association