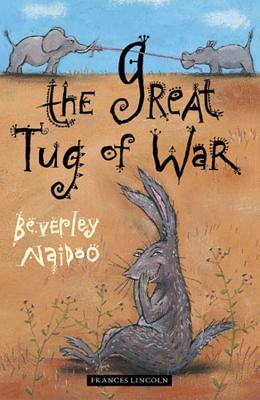 The Great Tug of War

Mmutla the hare is cunning. When you have Ntsu the eagle soaring high in the sky looking for her supper, and Tswhene the baboon vowing to throw you off a cliff, you need all the tricks you can think of. When Mmutla the hare tricks Tlou the elephant and Kubu the hippo into having an epic tug of war, the whole savanna is soon laughing at their foolishness. However small animals should not make fun of big animals and King Lion, together with Tswhene the baboon and wise old Khudu the tortoise set out to teach Mmutla a lesson - but the clever hare is always one step ahead.

SOPHIE HERXHEIMER is a painter and printmaker who loves stories. Her paintings and prints have been exhibited in the National Portrait Gallery, the South Bank and the Whitworth Gallery, Manchester amongst other galleries.