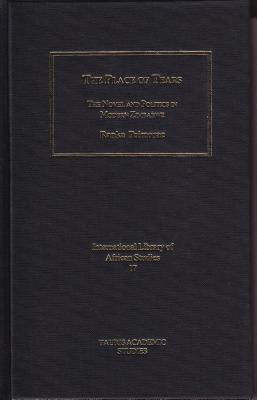 The Place of Tears (Hardcover)

THIS IS AN NJR - NOT JACKET BLURB, DO NOT USE IT THIS RAW FORM -This new and original work is the only recent monographic treatment of the Zimbabwean novel and its political implications. An earlier one by Veit-Wild (1992) has not been updated, and other, such as that by Zhuwarara (2001), are not easily available outside Zimbabwe. The author resided in Zimbabwe for almost a decade and has visited the country regularly in the last five years. She has published extensively on Zimbabwean literature, and brings to her work a deep contextual richness as well as theoretical sophistication.

Thoroughly up-to-date, the book examines all the published novels of the recently-deceased Yvonne Vera (d. April 2005) as well as major novels of five other internationally-acclaimed Zimbabwean writers, including Tsitsi Dangarembga and Chenjerai Hove. It does so against a political backdrop which goes right up to the March 2005 parliamentary elections. The book provides a modern and original historical account of post-independence Zimbabwean writing and its relationship to history and politics. The critical investigation focuses on fictional representations of space-time - which links the book the tragically topical Zimbabwean issue of land.

Dr Primorac employs a form of literary and cultural theory reminiscent of Bakhtinian analysis, but drawn at length from East European theoretical sources. She investigates what the novels have to say about the Zimbabwean condition, and makes a sophisticated link between ideas about space-time and novelistic ideologies. More than that, drawing a parallel with the experience of Eastern Europe, she shows how the novel itself breaks out of the confines of the quasi-Marxist analysis which still holds sway in Zimbabwe. As such, the Zimbabwean novel is itself a source of hope in that troubled land. Ranka Primorac has degrees from the universities of Zagreb, Zimbabwe and Nottingham Trent. She has taught Africa-related courses at several institutions of higher learning in Britain, including the University of Cambridge and New York University in London. She is interested in non-western writing and cultures, theoretical approaches to the novel and the narrative production of space-time. Her co-edited volume, Versions of Zimbabwe: New Approaches to Literature and Culture was published in 2005 by Weaver Press in Harare.

Ranka Primorac has degrees from the universities of Zagreb, Zimbabwe and Nottingham Trent. She has taught Africa-related courses at several institutions of higher learning in Britain, including the University of Cambridge and New York University in London. She is co-editor of Versions of Zimbabwe: New Approaches to Literature and Culture.

Praise For The Place of Tears: The Novel and Politics in Modern Zimbabwe (International Library of African Studies #17)…

"Primorac sets out to engage much more creatively with recent Zimbabwean fiction…Her book is by far the best account of Zimbabwean literature in English.  One hopes it will be read by every literature student at the University of Zimbabwe."-- Research in African Literatures