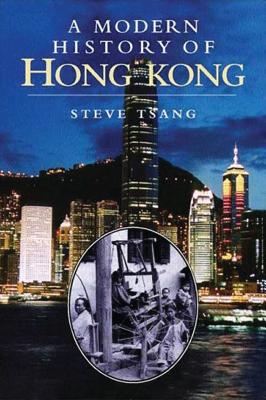 A Modern History of Hong Kong

From a little-known fishing community at the periphery of China, Hong Kong developed into one of the world's most spectacular and cosmopolitan metropoles after a century and a half of British imperial rule. This history of Hong Kong -- from its occupation by the British in 1841 to its return to Chinese sovereignty in 1997 -- includes the foundation of modern Hong Kong; its developments as an imperial outpost, its transformation into the ""pearl"" of the British Empire and of the Orient and the events leading to the end of British rule. Based on extensive research in British and Chinese sources, both official and private, the book addresses the changing relations between the local Chinese and the expatriate communities in 156 years of British rule, and the emergence of a local identity. It ends with a critical but dispassionate examination of Hong Kong's transition from a British Crown Colony to a Chinese Special Administrative Region.

"Tsang's history is authoritative and well-researched...From rock to great metropolis, the story storms along, full of heroes and villains, eccentrics and visionaries, bounders and buccaneers." -- Chris Patten, New Statesman
"Clearly written, logically organized and sustains a tone of persuasive authority." --Wm Roger Louis, University of Texas at Austin
"Having spent half his life in Hong Kong and half in the West, Mr Tsang is uniquely placed to write this book. He has produced what must be the definitive history of Hong Kong." -- Contemporary Review
"This is a well constructed, thorough yet succinct history of Hong Kong. It should be on the shelf of everyone interested in the city. for the general reader, this will stimulate further interest. For the experts, enjoy Tsang's fine style." -- Christine Loh, Civic Exchange
"A respected Oxford scholar brought up in Hong Kong, [Steve Tsang] has drawn on a vast array of sources, Chinese as well as British, to produce a thorough and well-crafted study which should appeal to the general reader as well as the specialist…For those who want to understand the importance of the territory's British legacy in its continuing success, Dr Tsang's study is likely to remain the best guide for some time to come." -- Sir Robin McLaren, China Review

Steve Tsang is Louis Cha Fellow and University Reader in Politics at St Antony's College, Oxford University. He served as Director of the Asian Studies Centre at Oxford from 1997 to 2003 and is author of "Hong Kong: An Appointment with China", also published by I.B. Tauris.
Loading...
or
Not Currently Available for Direct Purchase