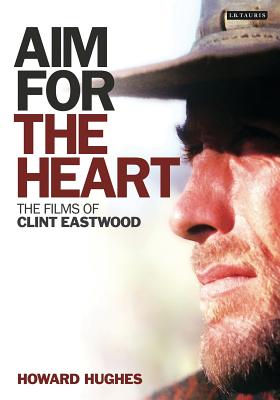 Aim for the Heart

The Films of Clint Eastwood

Clint Eastwood is one of the world's most popular action stars, who has matured into a fine American producer-director. Entertaining, illuminating and packed with information, up to and including The Changeling, this is the first book to cover his full life in the movies, from his beginnings in 1950s B-movies and in TV's Rawhide to Gran Torino showing how as both actor and filmmaker Eastwood aims for the heart of the drama, whatever the story. Howard Hughes follows Eastwood's craft through over 50 movies. He looks at his launch into superstardom in Sergio Leone's 1960s spaghetti westerns. Back in America, he built on his success as western hero with such films as High Plains Drifter and The Outlaw Josey Wales, winning an Oscar for Unforgiven in 1992. He blasted his way through the seventies and eighties as Inspector Harry Francis Callahan, the last hope for law enforcement in San Francisco. He also monkeyed around in two phenomenally popular films with Clyde the orang-utan, which brought tough-guy Eastwood to a whole new audience and made him the biggest box office star of his generation.
Aim for the Heart also looks at Eastwood's more unusual roles, including The Beguiled, The Bridges of Madison County and Million Dollar Baby. Since 1970, he has enjoyed parallel success as director-producer of his own Malpaso Productions, with Bird, Mystic River and Letters from Iwo Jima, demonstrating formidable directing credentials. Aim for the Heart covers all Eastwood's movies of many genres in detail, and Eastwood's story is illustrated with film stills, glimpses behind the scenes, and rare poster advertising material. Aim for the Heart also includes the most comprehensive credits filmography has ever compiled on Eastwood's work, as star and director.


Praise For Aim for the Heart: The Films of Clint Eastwood…

“An exhaustive work, fine as a reference resource for someone who needs a little more information than the Internet Movie Database can provide.” -- The Weekly Standard

"A deftly written collection of essays, full of fascinating insight, this will be a must for fellow travellers on the sagebrush trail." – Howard Maxford, Film Review

On Once Upon a Time in the Italian West: "Howard Hughes has written a well-researched, detailed, no-nonsense and above all enthusiastic guide to twenty of the best Italian Westerns from A Fistful of Dollars to My Name is Nobody. He has aimed for the heart, and unlike the bad guy in Fistful, he has hit it."--Christopher Frayling, author of Spaghetti Westerns