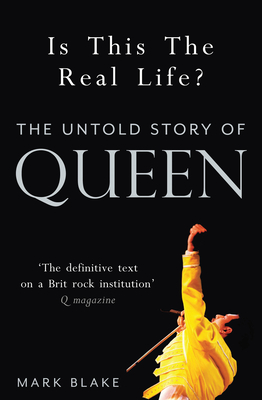 Is This the Real Life?

The Untold Story of Queen

Queen is unique among the great rock bands. It's been nearly 20 years since frontman Freddie Mercury's death brought the band to an end, yet their fan base remains massive, they appeal equally to men and women, and their fans are just as likely to be teenagers too young to have been born when the band were still touring and making records (thanks not least to the huge success of the musical We Will Rock You). Their musical history is one of constant reinvention—from heavy metal and prog rock to disco pop, stadium anthems, and even jazz influences. Now, having already interviewed the surviving band members over the years, Mojo journalist Mark Blake has tracked down dozens of new interviewees, from long-forgotten early bass players to Freddie Mercury's schoolmates, to deliver the definitive history of the band. He traces Queen's long career from their very first gawky performances in St. Helens, Merseyside through their sensational stage-stealing appearance on Live Aid to the band's collaboration with Paul Rodgers at the beginning of the century. Full of fascinating new revelations—especially about the improbable transformation of a shy Indian schoolboy called Bulsara into the outrageous-living hedonist that was Freddie Mercury—this is a book every Queen fan will want.

Praise For Is This the Real Life?: The Untold Story of Queen…

'Mark Blake matches the detail of his Pink Floyd book with a fluid, muscular narration of the band's rise. Crucially, he interviews the key players (which the other biographies don't.)' - Classic Rock magazine

'Genuinely adds to the fund of knowledge about this truly unique band.' - Record Collector

Mark Blake is a former assistant editor of Q magazine and a long-time contributor to Mojo. He is the author of the definitive Pink Floyd biography, Pigs Might Fly: The Inside Story of Pink Floyd, as well as Is This the Real Life? The Untold Story of Queen, and edited Stone Me: The Wit & Wisdom of Keith Richards (all published by Aurum). He is also the editor of Dylan: Visions, Portraits & Back Pages and Punk: The Whole Story. He lives in London with his wife and son.
Loading...
or
Not Currently Available for Direct Purchase