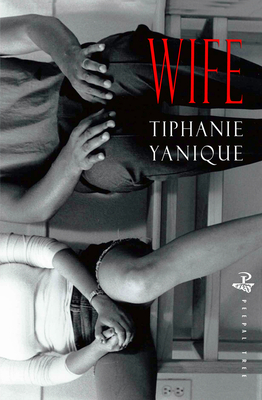 The title of Wife is both ironic and deeply serious. There are wittily sharp poems on the gender inequalities and potential prisons of marriage, that are in dialogue with poems that celebrate the physical joys of intimacy and poems that explore the processes of self-creation that take place in the closeness to the male other. These spare, elegant poems are not only intensely body focused and attentive to the minutiae of domestic space, but that they make connections to the worlds of family, church, village and nation – and even, in a poem the references the parable of the wise and foolish virgins, to the soul.

"The Land of Love and Drowning by Tiphanie Yanique is a breakthrough novel, Yanique’s second work. This narrative covers three generations of one Caribbean family in the Virgin Islands. Complete with sprinkles of magical realism, this novel will keep you coming back until the last page. It’s an engrossing novel of family pride and shame; culture clashes of Americans, Caribbeans, African-Americans, World War II, lust, secrets, curses, and lore. What makes it work? Simply the voices of the characters—an older daughter schooled in British stodginess; a younger sister whose island patois is a welcome lure; male suitors that win and lose these women; and all the other people whose lives were interrupted when their Virgin Islands became part of the United States." —Ebony

“A debut novel traces the history of the U.S. Virgin Islands through the fate of a family marked by lust, magic and social change.” — Kirkus (starred review)

Tiphanie Yanique is the author of Land of Love and Drowning, which won the BOCAS Prize in Caribbean Literature and other awards. She is also the author of How to Escape from a Leper Colony. Her writing has won the Boston Review Prize in Fiction, a Pushcart Prize, and an Academy of American Poet's Prize. Her writing has been published in the New York Times, Best African American Fiction, the Wall Street Journal, American Short Fiction and other places.
Loading...
or
Not Currently Available for Direct Purchase