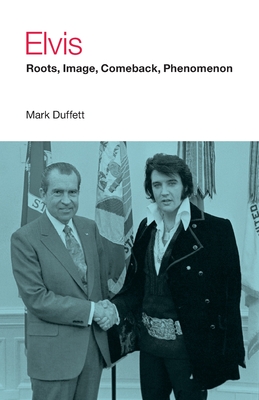 Elvis Presley remains the single most important figure in twentieth century popular music. To many commentators, however, he has simply embodied the benefits and problems of uncritically embracing capitalism. By 2005 the 'Memphis Flash' sold over a billion records worldwide, yet his cultural significance cannot be measured by these extraordinary sales figures alone. He cannot quite be reduced to a placeholder for the contradictions of commerce. As the most prominent performer of the rock'n'roll era, then as a charismatic global superstar, Elvis fundamentally challenged the established relationship between White and Black culture, drew attention to the social needs of women and young people, and promoted the value of Southern creativity. He functioned as a bridge figure between folk roots and high modernity, and in the process became a controversial symbol of American unity. Elvis interprets the image and music of Elvis Presley to reveal how they have evolved to construct a particularly appealing and powerful myth. Following broad contours of Presley's rollercoaster career, the book uses a range of analytical frames to challenge established perspectives on an icon. Its shows that the controversy around Elvis has effectively tested how far a concern for social equality could be articulated through the marketplace, and ultimately challenged how popular music itself should be assessed.

Mark Duffett is Reader in Media and Cultural Studies at the University of Chester.
Loading...
or support indie stores by buying on