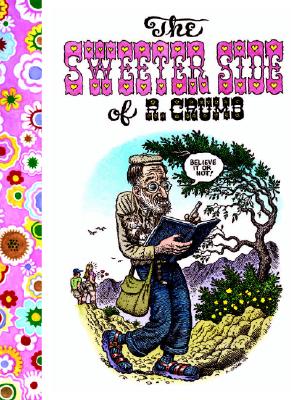 The Sweeter Side of R. Crumb

Described by art critic Robert Hughes as ?the Brueghel of the 20th century, ? Robert Crumb has become the only sixties counter culture artist to break through into the fine art world with great acclaim. Laura Hoptman, curator of the Carnegie International said, ?Crumb is one of the most subversive and important voices to come out of America in the 20th century?He's one of the greatest draftsmen of our time.? Now available for general distribution is The Sweeter Side of R. Crumb which is an exclusive collection of drawings that reveal the tender side of R. Crumb. Evocative haunting images of people and places such as Aline, his daughter Sophie, scenes from the village and region he lives in the South of France, Jesse Crumb, his first wife Dana and their son Jesse and of course the Blues musicians he treasures from his 78rpm record collection.