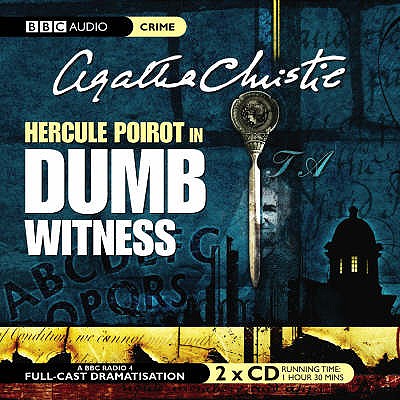 As Hercule Poirot sifts through his post one particular morning, he alights upon a letter from an elderly and (as it transpires), exceedingly rich spinster--Miss Emily Arundell. She is clearly in great distress and seeking his help, but doesn't say why. Her only specific mention is "the incident of the dog's ball." However, what intrigues Poirot is the date of the communication--it was written two months ago. He persuades Captain Hastings that they must visit the lady with all haste. On arrival they discover that she has died, apparently of natural causes. But Bob, Miss Arundell's devoted wire-haired terrier, knows better. And so, soon, does Poirot. John Moffatt, as ever, stars as Hercule Poirot with Simon Williams as Captain Hastings. With music specially composed by Tom Smail.

Agatha Christie was born in 1890. During the World War I she worked as a hospital dispenser, where she gleaned the working knowledge of various poisons. Her first novel was The Mysterious Affair at Styles, published in 1920, followed over the next six years by four more detective novels and a short story collection. However, it was not until the publication of The Murder of Roger Ackroyd that Agatha Christie's reputation was firmly established. In 1930 the sharp-witted spinster sleuth Miss Marple made her first appearance in Murder at the Vicarage. In all, Agatha Christie published 80 crime novels and short story collections. As her play The Mousetrap (the longest-running play in the history of the theater) testifies, Agatha Christie's detective stories are likely to appeal for a long time to come. Agatha Christie was awarded a CBE in 1956 and was made a Dame of the British Empire in 1971. She died in 1976.
Loading...
or
Not Currently Available for Direct Purchase