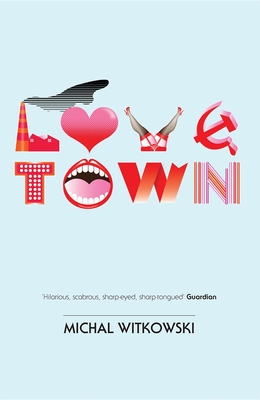 Growing up queer in a Communist state, queens Patricia and Lucretia spent the '70s and '80s underground, finding glamour in the squalor, strutting their stuff in parks and public toilets, seducing hard Soviet soldiers, preying on drunks and seeing their friends die of Aids. Today they're about to hit Lovetown, a homo-haven, populated by a younger generation of emancipated gays, who are out and proud in their post-Communist paradise: suntanned, sculpted and vigorously spending the pink euro.This is the story of the clash between old and new gays - the clapped out queens and the flashy fags - as they meet in a place where anything goes, but some things have also been lost.

MICHAL WITKOWSKI was born in 1975 and is the author of a book of short stories, "Copyright" (2001). This is his first novel. He divides his time between Warsaw, Paris and Berlin.
Loading...
or support indie stores by buying on