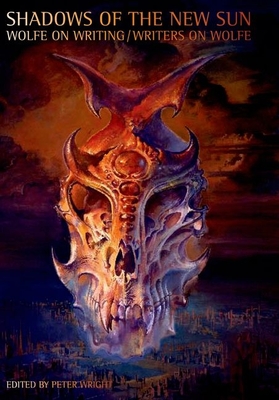 Shadows of the New Sun

Gene Wolfe is one of the most important American writers to emerge in the latter half of the twentieth century. The fact that he publishes in the field of fantastic literature (which includes horror, science and speculative fiction) has meant that his significance has been largely
unacknowledged beyond and, at times, even within the genre. Nevertheless, he remains the author of some of the most stylistically distinct, structurally complex, and intellectually invigorating imaginative fiction of recent years. This collection of interviews and essays places under one cover an
amazing selection of difficult-to-find resources for the avid Gene Wolfe reader and scholar. Essays concern the nature of writing, including character, structure and the profession of the writer. Also included are a series of interviews with Wolfe and the holy grail of 'New Sun' aficionados: Books
in the Book of the New Sun, previously only available in a rare small-press volume. This collection will inspire fans and scholars alike to commit themselves to debating new interpretations of Wolfe's fiction.