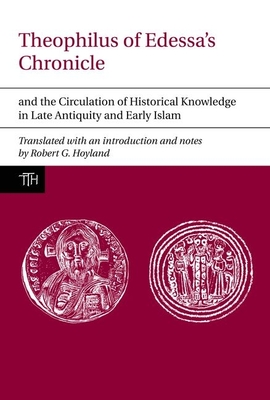 Theophilus of Edessa was a Greek astrologer and scholar in the court of the Muslim caliphs in the eighth century. Making use of his fluency in Greek, Syriac, and Arabic, he brought together historical sources from each language to comprise a single chronicle that charted world-changing events in the Near East from 590–750 CE, among them the Arab conquests, the rise to power of a Muslim Arab dynasty, and the last great war of antiquity, between Byzantium and Iran. Though no longer extant, Theophilus’s work is known from extensive citations by later historians, and Robert Hoyland has here collected and translated these citations to present the scope of the original text. Included are translations of four chronicles, several of which are being made available here for the first time to the English-language reader.

Robert G. Hoyland is professor of Islamic history at the Oriental Institute at the University of Oxford.